On June 19, 2014, the Ancram Town Board adopted an amendment to the Town Zoning Ordinance to protect the scenic character of ridgelines and steep slopes. The amendment establishes standards to be applied to construction in the Agricultural District on terrain that is designated for protection because it is topographically prominent and scenically important based upon its elevation over 800 feet, being on steep slopes exceeding 15%, visibility from more than 4 miles of public roads in the Town of Ancram, and its size of at least 3.5 acres. Consistent with the Comprehensive Plan, the proposed standards are required for structures on designated terrain when they are part of a major subdivision (5 or more lots). The proposed standards are recommended and encouraged for all other development in the Town of Ancram. The regulation also emphasizes that no lot shall be unbuildable due to these standards. The standards include: Where an area is forested, maintain the continuity of the tree canopy when viewed from publicly accessible locations. Avoid clearing an area to an extent that causes a structure to be silhouetted against the skyline. Where the area to be built upon is not forested, site the structure so that the top of the structure’s roof is not higher than the ridgeline unless trees and shrubs are planted in a way that will effectively screen the proposed structure from view at publicly accessible locations. Retain natural screening of the structure. Limit clearing of existing vegetation to the minimum necessary for the building envelope. Trees can be selectively cut or trimmed to open up view tunnels and view corridors from windows, doors, and decks/porches. Use exterior colors for sides and roofs that blend with the natural environment of the surrounding land. Site the structure so the top of the roof is not higher than the ridgeline unless the structure is screened by existing vegetation when viewed from publicly accessible locations. Use fully shielded light fixtures to direct light downwards instead of sideways and avoid exterior lighting that allows glare to extend beyond property boundaries. Plan road and driveways to minimize cut and fill, clearing of vegetation, and erosion. Place structure along the edges of open fields, especially if any woodland is adjacent. Design the site to help the new structure be visually absorbed by the natural landscape. Carefully consider the impact that cupolas, chimneys, satellite dishes, and antennas may have if they project above the roofline. These structures can be carefully designed in the same manner as the structure to maintain the scenic character of the site when viewed from publicly accessible locations.

Town of Ancram Zoning Board of Appeals Notice of Meeting
Date of Public Notice Event: September 26, 2022 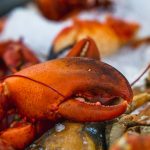