Although the 1994 regulations had served as a framework for Planning Board review of plats in accordance with Town policy, they did not uniformly align with the Zoning Law or the Comp Plan, did not provide clear guidance about all applications and procedures, and some features did not coincide with evolving New York State Town Law.

Due to the technical nature of subdivision regulations, SRRC members had extensive Planning Board experience and the insight to identify significant shortcomings in the 1994 regulations and to develop revisions that correct those deficiencies.  Nan Stolzenburg served as consultant; Patrick Prendergast, PE, served as consulting engineer; and John Lyons provided legal counsel.

The SRRC approached its task in two phases.  First, it updated land subdivision policy and procedures to improve clarity for applicants, the Planning Board, and the Zoning Board of Appeals. This initial phase culminated in Town Board adoption of Local Law #1 of 2015, which also authorized a second phase calling for highly technical design, construction, materials, and highway standards to receive rigorous professional engineering review.

The SRRC now meets only as needed to consider potential adjustments to Local Laws #2 and #3 of 2017.  SRRC members are appointed annually by the Town Board.  Ms. Stolzenburg, Mr. Prendergast, and Mr. Lyons continue to serve as consultant, engineer, and legal counsel respectively.  All meetings are open to the public.  The committee usually reaches decision by seeking consensus.

Town of Ancram Public Hearing – The Ancram Town Board will hold a public hearing on Local Law # 2 of 2023 – a Local Law to provide qualified Volunteer Firefighters and Volunteer Ambulance Workers a Real Property Tax Exemption, at 6:55 pm on February 16, 2023 at the Ancram Town Hall, 1416 County Rout … 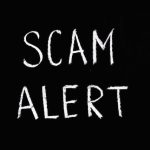